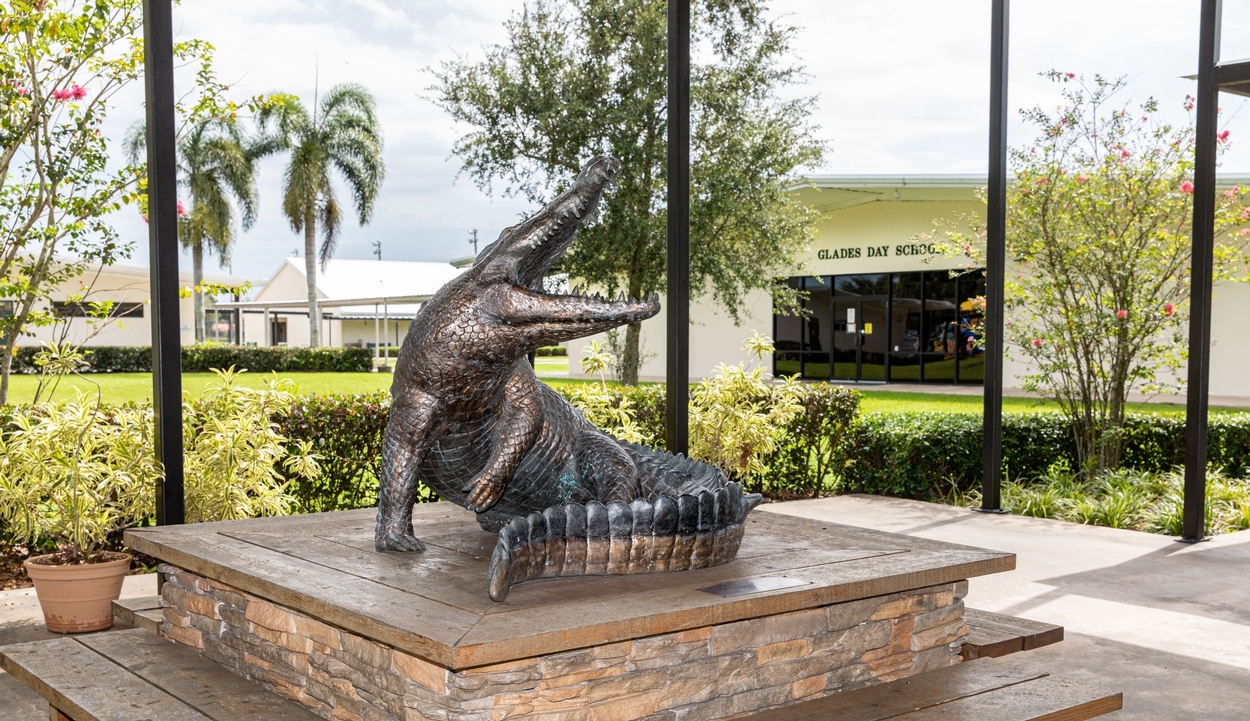 Home | About | History
About

The story of where this legacy of a school began is shared in the following excerpt that was taken from “A HISTORY OF GLADES DAY SCHOOL” written by Mrs. Betty Thiebaud in 1972:

“During the early 1960s interested and foresighted citizens began to realize the urgent need for private education in the Glades area. After extensive research and consideration, the PAHOKEE DAY SCHOOL was organized and granted a Certificate of Incorporation by the State of Florida on June 1, 1965, by the Secretary of State, Tom Adams.

The First Organizational Meeting of the Pahokee Day School, Inc. was held at the Elks Club in Pahokee on June 7, 1965. Don Griffith was selected as the Headmaster of the school. The Methodist Church Sunday School area in Pahokee was rented for $300 per month. Three teachers were selected for combined grades, one through six, with the feasibility of adding a seventh grade being considered. The Belle Glade parents donated a small bus to the school for the transportation of their thirteen (13) children.”